The ZFS Intent Log gets a lot of attention, and unfortunately often the information being posted on various forums and blogs and so on is misinformed or makes assumptions about the knowledge level of the reader that if incorrect can lead to danger.

Recently, I’ve been using Amazon web services (EC2, especially) quite a bit more at work. At home, I still use OpenIndiana, so I’ve been really interested in comparing Joyent’s offerings against Am…

Good comparison made by Natt Conolly.

He investigated 3 physical machines and 3 instances (1 Joyent & 2 AWS) running the same benchmark.
Here is the conclusion:
«My laptop with 4 threads could do the CPU work of 5.7 small amazon EC2 instances, worth $270/month. And my Xeon box with 8 threads could do the work of 27.8 small instances, worth $1320/month. (I built the whole machine for $1200!!). Mind you, these comparisons are on the native operating system, but if you’re running a machine in house this is an option, so might be worth consideration…
…Joyent CPU comes in more than 4 times cheaper than Amazon EC2.
Amazon need to lift their game in terms of CPU performance. They offer a great service that obviously extends far beyond a simple CPU benchmark. But when you can get the same work done in Joyent significantly faster for the comparable price, you’ll get far more mileage per instance, which is ultimately going to save the dollars.»

Most systems administrators are quick, perhaps too quick, to tell you “I’m not a coder.”  Oddly, this admission normally comes after boasting about how many programming languages they know or have used.  Why is this?

1) SA’s are learners since they have to know a lot of tools for solving potential prolems. They learn about new tool then go to learning another, without using previous. They are «masters of all».
2) They are «Hello world» programmers in a dozen of languages
3) They are purists and have big ego. That’s why they think about libraries and modules as cheating.
4) They prefer to script more then program. Since scripting lets put different tools together.
5) They have big ego and often think about how others will treat their code and… prefer not to write it at all.

Brilliant! I have known myself in this article. Thanks author! 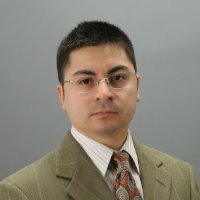 Confidentiality is a key security for cloud providers and their customers, but not all best practices are good enough.

Carlos Cardenas, Director of Solutions Engineering @ Joyent writes in this article about problems with customer data confidentiality at Cloud Service Providers sites. Actually there is no way to guarantee confidentiality.The problem could be solved from the other side.

«But what if there was another way? What if I could store my data, unencrypted, at rest with the CSP and guarantee my data hasn’t been altered? In my next post, I’ll talk about Key #2: Integrity, and how we can use it to build trust in Cloud Computing.»

In May we’ve got the gift. It was a 2U server ASUS. I’m not joking. Good guys said that they could not apply this hardware in their business and decided to give us a gift. Well, not just for pretty eyes, you know. They simply liked what our editors made on one of our news portals and actually made a gift for them.

Anyway. I’ve got this server and decided to put it under SmartOS. SmartOS is special OS intended for virtualization. It is a successor of popular Sun Solaris OS, to be more precise — of its open version OpenSolaris which was closed by itself in 2010. Due to this virtualization intention SmartOS doesn’t boot from hard drive. It boots from USB-stick. Isn’t it strange? No! OS loads on RAM disk and operates faster. All hard drives are used for user’s virtual machines data. There is a great sense in such design! Also USB-booting is intended only for standalone installations. Because in cloud environment servers are booting from PXE-servers which could be not necessarily under SmartOS. So I did not pay much attention to the disks setup. There were 4 1Tb HDDs and 4 225Gb SSDs under Pike 2108 RAID-controller.

I’ve got some 4Gb USB-stick which was found in one of my table boxes. I haven’t think much then… I put OS on stick without any problem. You could follow the link to learn how to do that. After inserting USB in the server I booted it successfully and went home. That happened in datacenter in Moscow and I left home to St.Petersburg where I live…

After arriving I logged in to the server and had seen very funny thing. SmartOS put ZFS on RAID that was set up by default. Default in ASUS were two RAID-1s: one on all 1Tb disks and 1 on all SSDs. So controller exposed two virtual disks to the BIOS. When I’ve installed OS for the first time I didn’t think much and put them in the line for making one pool, thinking that smart ZFS will make the best of all the disks! What do you think happened? ZFS made its own RAID-1 from these two virtual disks leaving volume of the smallest for operations. It could not satisfy me and I’ve organized KVM session for setting up hardware RAID. For the best performance and freedom with ZFS I’ve made RAID-0 on every given disk resulting in 8 virtual disks equal to physical ones. After rebooting and making ZFS pool on 4 1TB disks I calmed down. SSD disks were left for caching and other fast operations.

Satisfied with ZFS I decided to put the latest version of SmartOS on server’s USB. This procedure is also quite easy. But in the middle of the  «dd-ing» the USBdisk, it suddenly stopped to response. Wow! I realized that disk was intended for carrying presentations but not for working in server 24 hours a day! It simply burned out from the temperature on heavy data operation I think.

So we came to the state when I cant reboot. Because there is no boot media. But there is working OS from memory. And this is not such little. I decided to create zones and start running virtual machines. Also I’ve ordered Kingston 64Gb USB for $100 to be delivered in Datacenter.

Be careful with planning disks for SmartOS and pay attention to good USB-stick if you plan to boot your server from it.